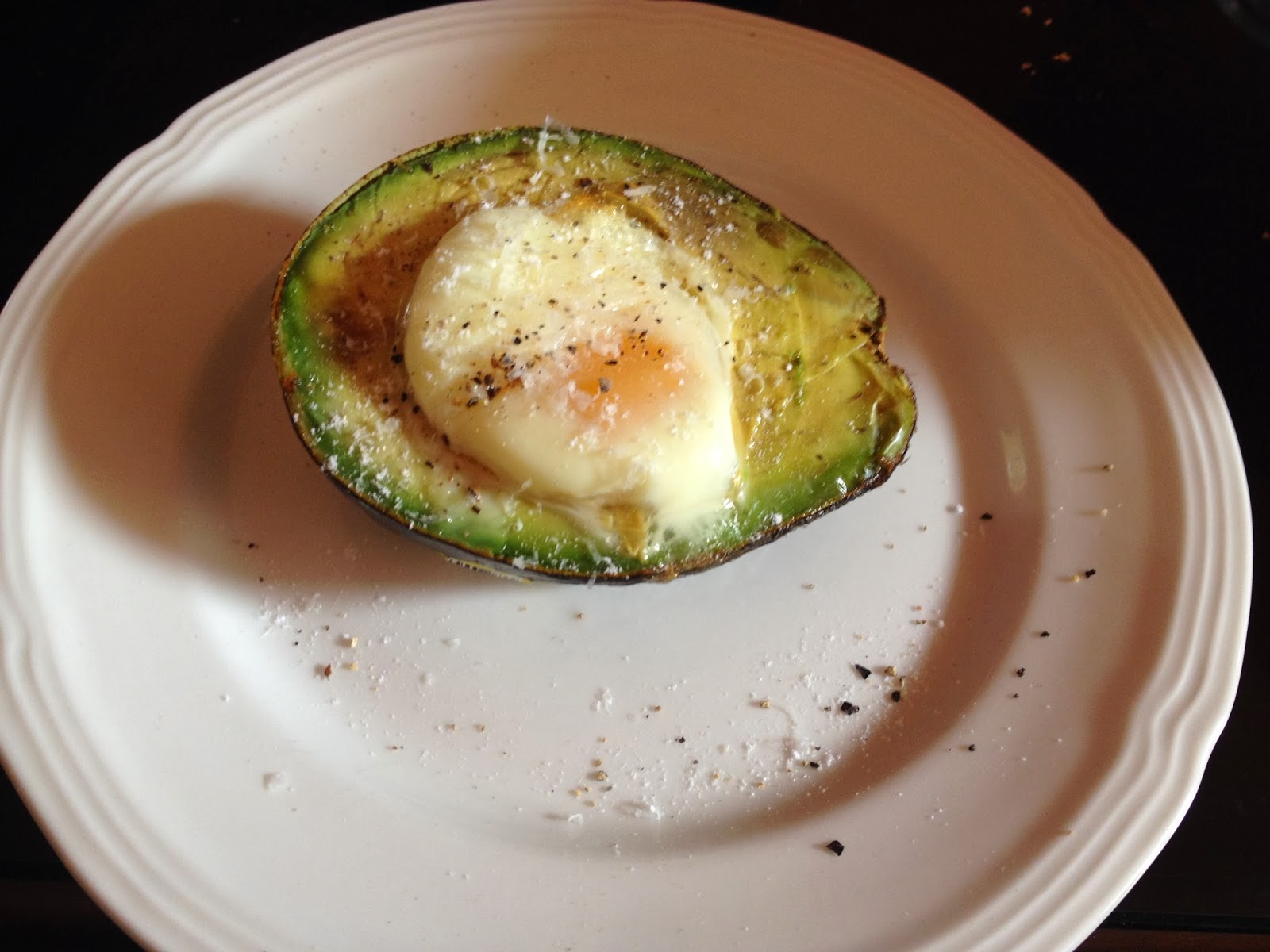 In my defense, I got in on the game pretty early. It's odd though because I've had mixed results with recipes found on them. Now I kind of just use it as a way to come up with ideas, to be inspired. How to make recipes better is a big part of it. I have a really bad habit of needed to tweak everything.

I love avocados. I love baked eggs. It seemed like a good idea to pair the two together, and I've seen this idea knocking around for quite some time.

The credit for this recipe, and the recipe itself can be found here. It's a good solid recipe, but here's what you should change. Basically all you're doing is scooping out a little extra of the center of the avocado, cracking an egg in it, seasoning it, and chucking it unceremoniously into an oven.

It's good, but it's a little under-seasoned as is. So here are two ways to fix it.

First idea: Season the avocado first with salt and pepper, then put in the egg and season that too.

Second idea: Joe gets credit for this. Bacon bits in the hole before the avocado goes in would add some really really nice flavor and texture to the dish. I'm quite proud of him for making that one up.

If you make this just for yourself, avocado is pretty kick ass just mashed up on some whole wheat toast with some salt and pepper and perhaps a drizzle of olive oil (if you're feeling glamorous).

I think if I had to live off "thing that come on bread and crackers", I could.

Posted by Redd at 10:00 PM No comments: Links to this post